Last week, Ceiba's school Verdala International, held their annual International Night. For expat families, this is an especially fun event, offering a look at so many cultures and countries, different foods and the chance to mix and mingle with the international school community. 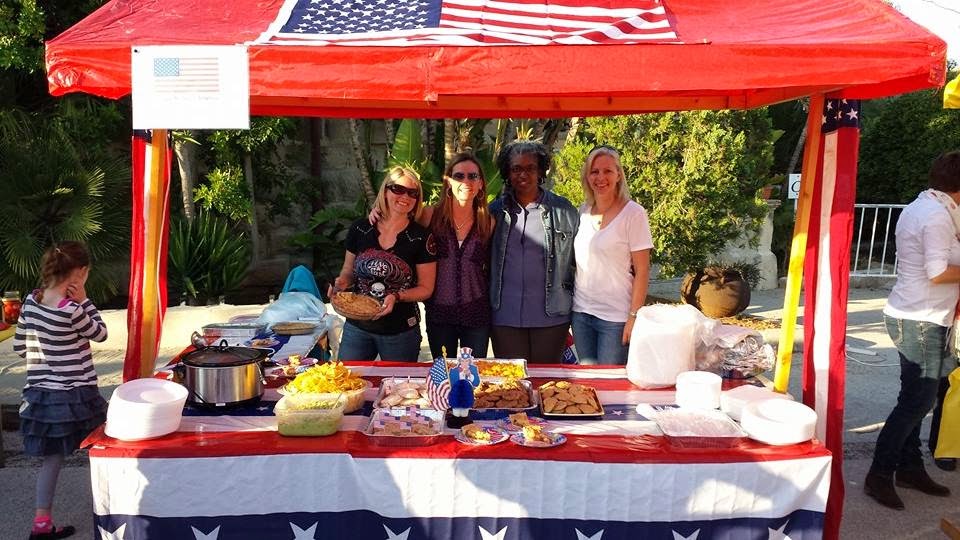 Our American table put out a spread of PBJs, hot dogs, chili, mac n cheese, pb cookies, guacamole and good ole' apple pies. We made the apple pies for Ceiba's school (AISD) in Dhaka too, so we're starting a pattern here!

And almost as yummy as the apple pies... usually the leftover pie dough (since there are rarely pie doughs in the nice recycle tins at the stores overseas...) to make scratch cinnamon rolls. My mom always made these after making pies, just roll it out and sprinkle with cinnamon and sugar, roll up and slice. Avocet helped cook while Ceiba was at school. Trying to raise the girls to wear out the counter with their little butts to cook, like we did as kids!