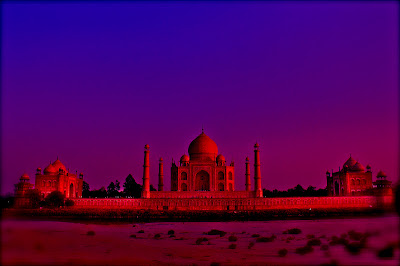 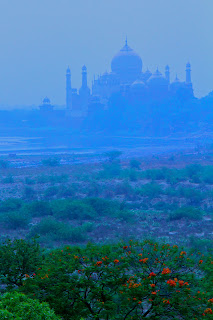 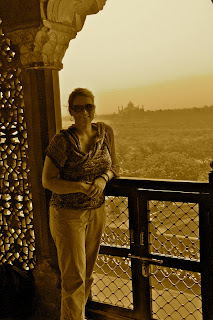 It is no secret the stories of disfigurement and death to the artisans of the tomb. Years after its completion, Shah Jahan was imprisoned by his son in the Agra Fort, where he gazed upon the tomb of his beloved Mumtaz until his own death. His daughter saw to it, however, that he be buried beside his wife in the tomb.

Above- main gate areas before you enter into the courtyard 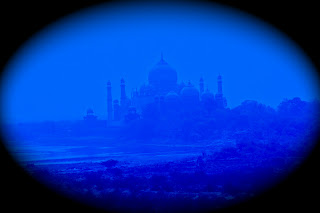 After visiting the Tomb of Mumtaz Mahal, we ventured to the Agra Fort. From the outside, it is as fort-ish as one could expect, with its tall, solid walls and sterile exterior. But upon walking through her gates, doorways, footpaths and inclines, one sees the oasis inside. The interior grounds and buildings of the fort are remarkable. And the prison tower, though yes keeping someone imprisoned, is more palacial than barbaric. I found the view of the Taj Mahal to be even more beautiful from Shah Jahan's tower than on the Taj grounds. It appears almost a mirage across the arid field and riverside.

Despite the negative stories of Shah Jahan, I also feel sad for the daily reminder from his prison window of the love and loss of his beloved wife. It is comforting to know he was laid to rest beside her after all the years he spent without her. Yes... I am a sap for historic love stories.

Above- inside one of the several courtyards at the Agra Fort
Below- the door fixture at the main gate at the fort, village life from the car and a friend at the garden

After a jaw dropping afternoon, our guide Raja (AWESOME!- http://indiaagratravels.com) invited us to his home for chicken biryani. As always, it is wonderful to see the local side of a city. We were honored at the invitation and enjoyed our lunch and company. Then on to a quick nap...in...the...air conditioning.

As we had missed the sunset due to the airplane delay the night before, Raja took us to Mehtab's Garden, a charbagh (Persian style garden) which lie directly across the Yamuna River. We didn't have time to see a true sunset, but enjoyed the day's ending light. It was a quiet place to see the beauty of the Taj Mahal, as hundreds of tourists walked about the grounds opposite us.

Having WAY too much fun editing pics from the garden side! 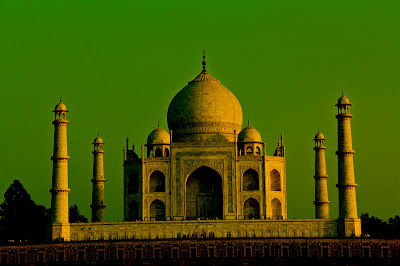 Then off to the railway station for an adventure all its own!

Above & below- many shots from the Agra train station
Just like people watching at the airport, but more colorful and interesting!

A train ride was on my to do list. I verified with our guide that the tickets included an actual seat vs standing and air-conditioning. I wasn't quite prepared for the actual accommodations. We boarded the train to a packed car, sleepers parallel to the aisle on the right and cubbies of 6 bunks each room to the left. Our seats were occupied, so luckily Raja boarded too and helped clear our seats before the train departed. We dropped the sleeper cots down (3 fold up beds graduated from floor to ceiling), laid down with death grips on our bags and prepared ourselves for the 5+ hour rail to Jaipur. 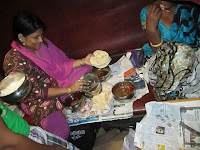 Beside is the "petter" mom from Calcutta :)

To our pleasant surprise, their was a large family beside us from Calcutta and the "squatter" in our seats moved on to another compartment. The son of the family was 11 years old and happy to practice his English. They asked us a million questions, from baseball to babies to "how do you get your skin so white?". We shared Twizzlers with them, and they offered their tipping box (metal stackable travel container) 5 course dinner to us. We enjoyed them immensely, which we felt was mutual, especially since I was later awaked by the mother petting my arm while I slept. I giggled out loud and then another conversation ensued about our pale skin, pretty toes, nice figures (hilarious, she asked if we worked out... guess the blanket was flattering) and eyeshadow. Luckily, Raja offered back a third ticket (a friend couldn't join us) and thus persuaded the attendant to "wake the white ladies at the Jaipur stop". And it's a good thing, as we were log asleep and likely would have ended up at the border. The train ended up being one of the highlights of the trip and a MUST DO if you go to India! 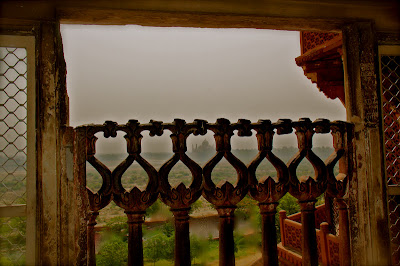