Love that she enjoys gardening, like her mama :)
I can't water a plant without Ceiba grabbing her little watering can to help me. 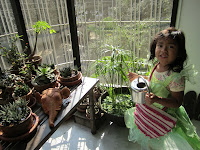 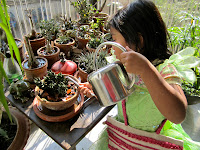 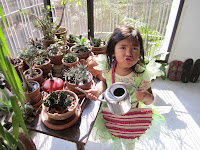 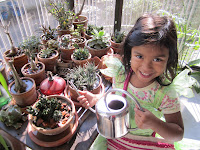 Do we usually have water everywhere, muddy toes and water the ceramic elephant?....
yes, but that's part of the fun :)
Posted by Denise at 8:46 AM 3 comments:

Most people probably don't think of Bangladesh as a Muslim country, due to it's closeness to India, but it is. Yes, there are Hindi as well as other religions here, but Muslim accounts for 90% of the population's religion. And actually, Bangladesh is the 4th largest Muslim population in the world (so says Wikipedia).

With that being the case, it is illegal to buy alcohol here (other than the rubbing kind). We do have a commissary, where wine, beer & spirits may be purchased, but the selection is somewhat small and not always the most fresh.

So being as mein spouse is what you might call a bit of a beer connoisseur, we hauled his brewing goodies to Dhaka. He ordered a few new kits from a great brewing supplier in the US, Midwest Supplies, and today he was all things beer in the kitchen. 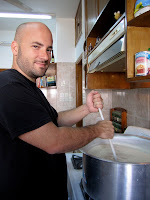 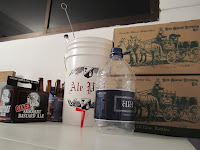 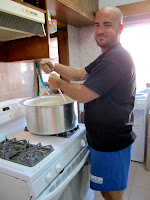 Our house has smelled like a brewery all afternoon! All brewed, stirred, cooled and tucked into its little closet to age for 4 weeks and then into the bottles to sit for another 3-4 weeks before the taste test can commence.

I can't tell you the first thing about brewing beer. Oh, but just ask Chris, and he'll get on his soapbox about what a difficult process it is here in Bangladesh. He can go into detail about the problems here distilling water, having to sanitize 3 times, gas pressure being uneven from city making a "hard boil" difficult, airbourne pollutants, lack of availability of proper equipment and supplies (note handmade Bangladesh pot), general contamination probability to the wort. It's complex people!

Guess hailing from the land of Anheuser-Busch and living in Wisconsin for a few years has not helped the addiction. He is a Bangladesh beer pioneer... and training our daughter to follow in his footsteps! 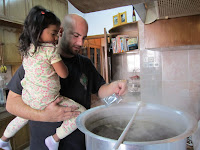 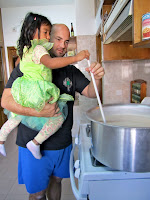 We heard through the grapevine about after school dance lessons at another area school. But heard a little too late, as by the time I expressed interest to the instructor, the class was full. Last week a friend called and said her daughter was a little young to be interested in the class, so nicely offered Ceiba her spot.

The first 10 minutes of week 1 were rocky, but soon after they called me in to sit with her, she warmed up and joined in. This week, she was excited before we even arrived. 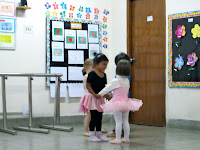 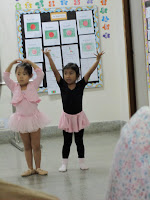 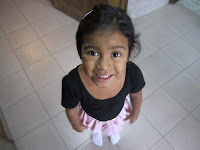 Pics aren't too good, but didn't want to disrupt the class (... unlike other European visiting grandparents, who I almost gave my 2 cents to shoosh).

Not much cuter than a room full of 3 year olds in tutus!
Posted by Denise at 12:41 PM 3 comments: 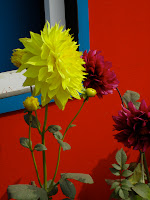 There are days in Dhaka that seem to wear you down. The endless begging, the power outages, the pollution. And then there are days like today, when I smile as wide as my mouth will allow, laugh with people and feel terrific. I finally walked in the open market today with my camera for about 30 minutes. I wanted to take photos, but not offend or be intrusive. At first I stood by a pillar, trying to catch shots from the shadows. But seconds after the camera went up, people started to pose or ask for their photo to be taken. They were amazing and having so much fun with the moment. I showed them all their photos and thanked them with my words. We exchanged the most genuine of smiles and laughs.

My nostrils couldn't brave the butcher section so late in the morning, but below you can see our local grocery store, hardware store, restaurants, tailors and misc. It's been cool here, so you'll see everyone bundled up to face the 60ish degree day. There's even one squinty picture of me, when a young boy who works carrying people's groceries asked me to pose with him.

Though there are smiles, most people actually paused to try to make themselves look serious. You should see resume photos, they are especially grim most of the time.