Often at post, spouse tours are organized during the week or coffee/teas are held to get spouses together. Being overseas as a trailing spouse can be a trying experience, so it's customary for post or the spouses themselves to try to get together.

Our ambassador was invited by Merill Eco Tours (www.merillecotours.com) on an excursion, and the spouses were asked to join for a day in rural Malta. What a treat!

We met at the embassy and carpooled to 2 locations in rural Rabat. Glad we carpooled, as I doubt any of us would have found it on our own. Luckily, we had the security detail to guide us!

First, we stopped at the studio of one of the last remaining weavers on Malta. Antoine Vella started weaving at 8 years old and was mentored in the craft by both his mother and father. He is one of only 3 active weavers still in Malta, his elder aunt on Gozo being one of the others. We watched him on the loom, which he has several in excess of 200-300 years old. He weaves local wool from Maltese sheep, cotton (though no longer grown commercially in Malta) and synthetic threads. His skill is a natural sense to him after so many years of weaving.

After leaving his studio, we drove further into rural Rabat. Along the way, we stopped at a small church with a beautiful lookout over the valley. Alongside were ancient catacombs where the village of Mgarr housed their deceased and old war shelters carved into the hillside. The Victoria Lines also run along this ridge.


We drove just further on to a family owned farm plot tucked away behind a bamboo gate. The family does not live here, as there is no electricity, but come out often to tend to the land. They landscape with endemic flora and work to incorporate fruit trees and nature back to the land that was barren when purchased.

I enjoyed talking plants with Chully and his family and walking through the fields. We told stories of each other's home country flora, talked diving/snorkeling, fishing and all kinds of hobbies.

On our way out, Chully took some herb cuttings for us to try to start at home. Chatting and taking photos, learning and seeing more of the rural countryside of Malta and being hosted by such a great tour company made for a great day!

Chris & I are planning a weekend with Chully & Bella next month to explore some snorkel coves and hidden areas of Malta. Can't wait!
Posted by Denise at 3:17 PM 2 comments:

Around Christmas, our little village organized a walk to a local cave (Ghar San Brinkat) shrine accompanied by carolers. It's a tradition every Christmas to visit. We thought it'd be fun to piggyback onto their planning and invite the embassy friends to have cookies and hot chocolate at our house and then join the village for a night under the stars.

We milled around the church square for a while and then all walked down the hill for about 20 minutes in the cool December night. Stars shone brightly in the sky, and we piggybacked or shouldered all the kiddos who hummed or sang along the way. 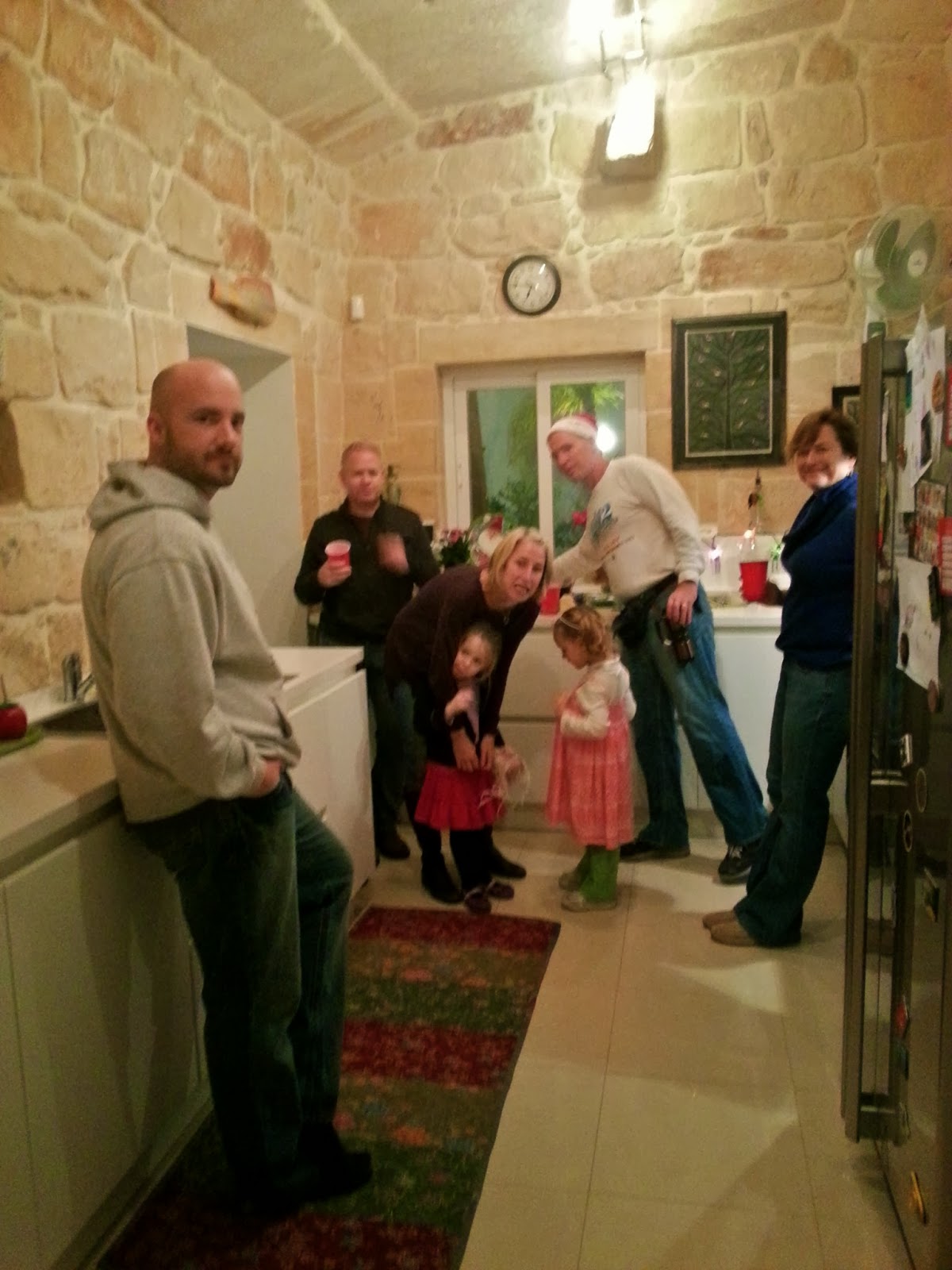 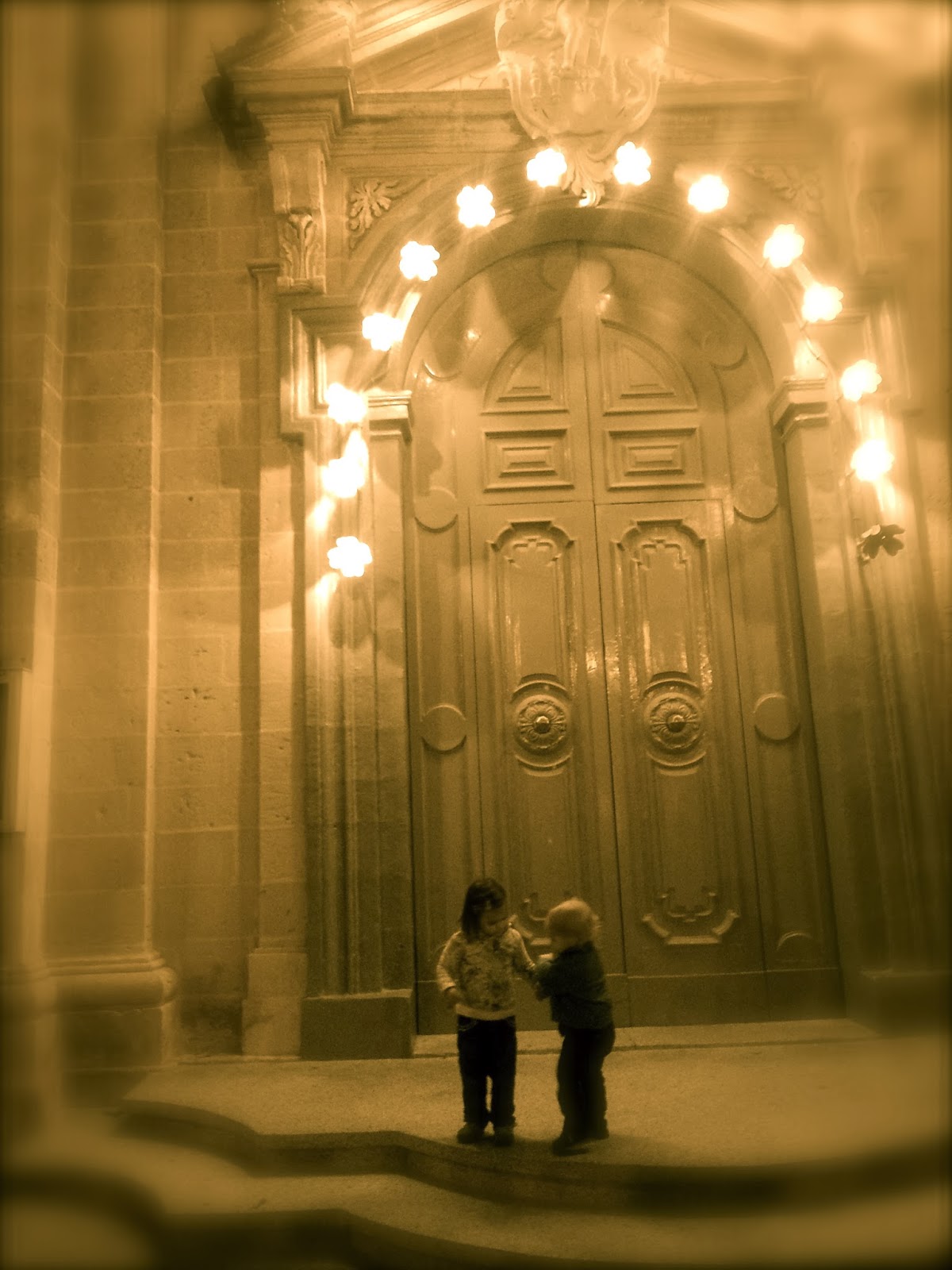 (we teased that the below center picture looked like such a cute couple!) 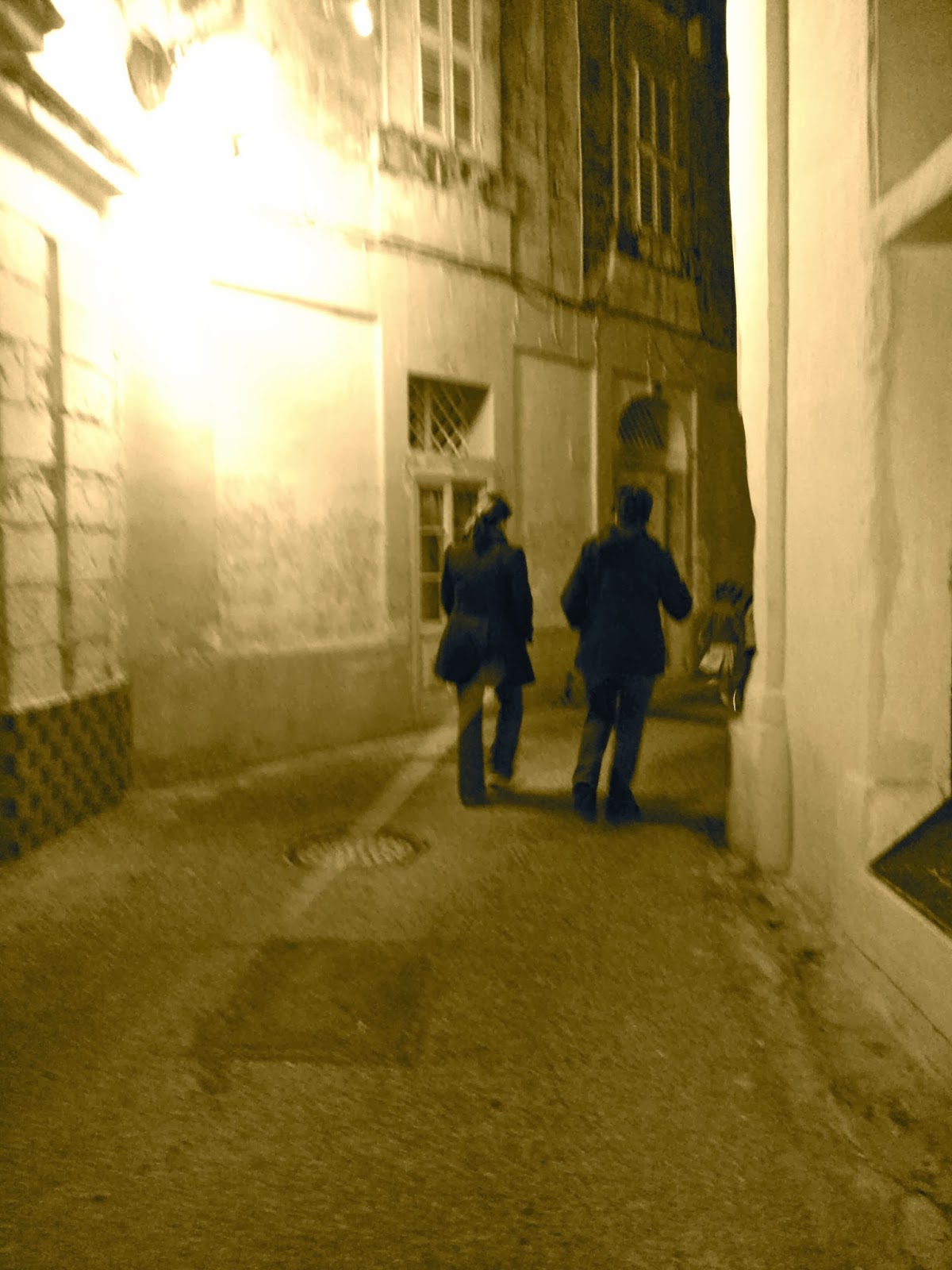 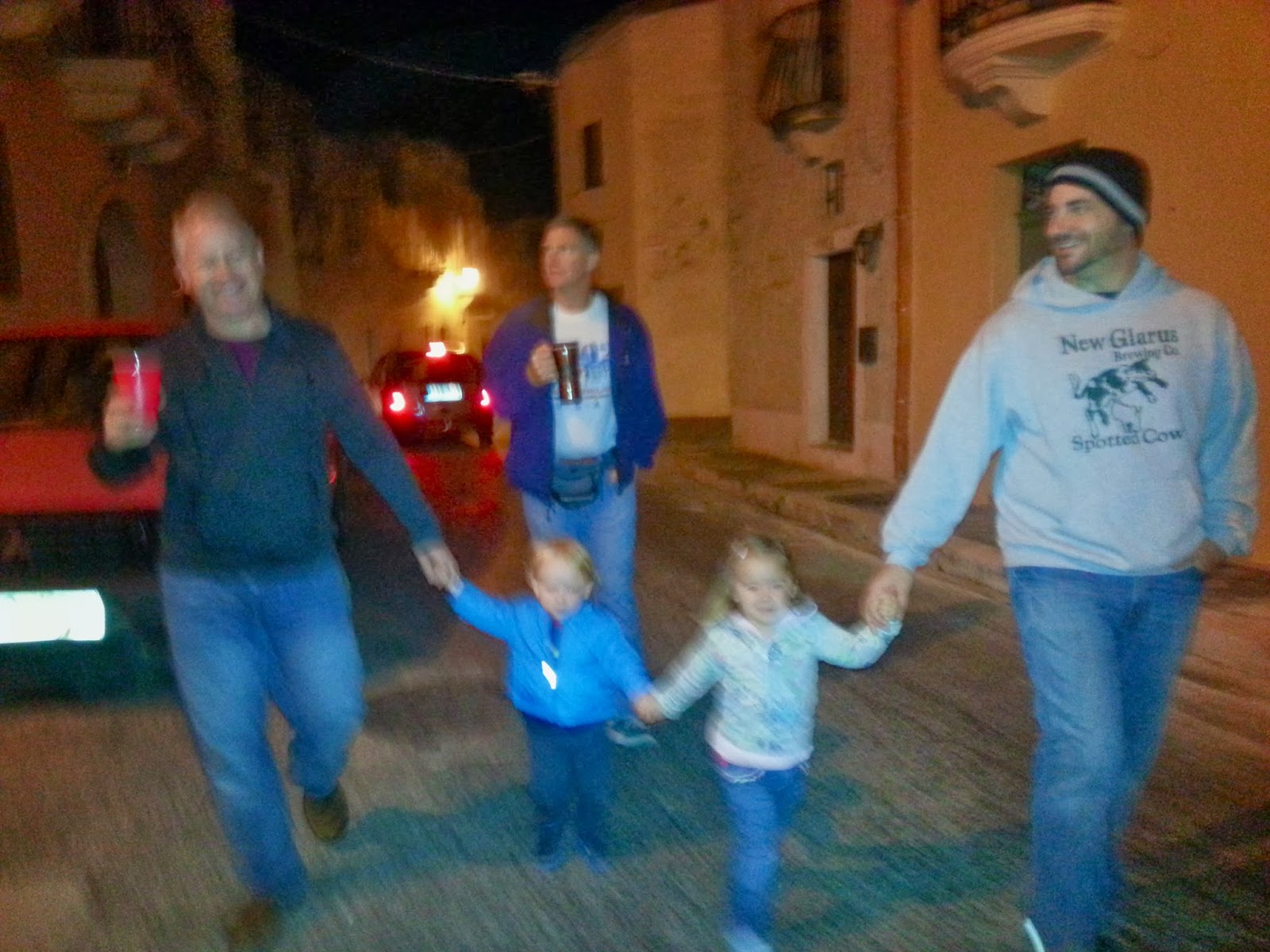 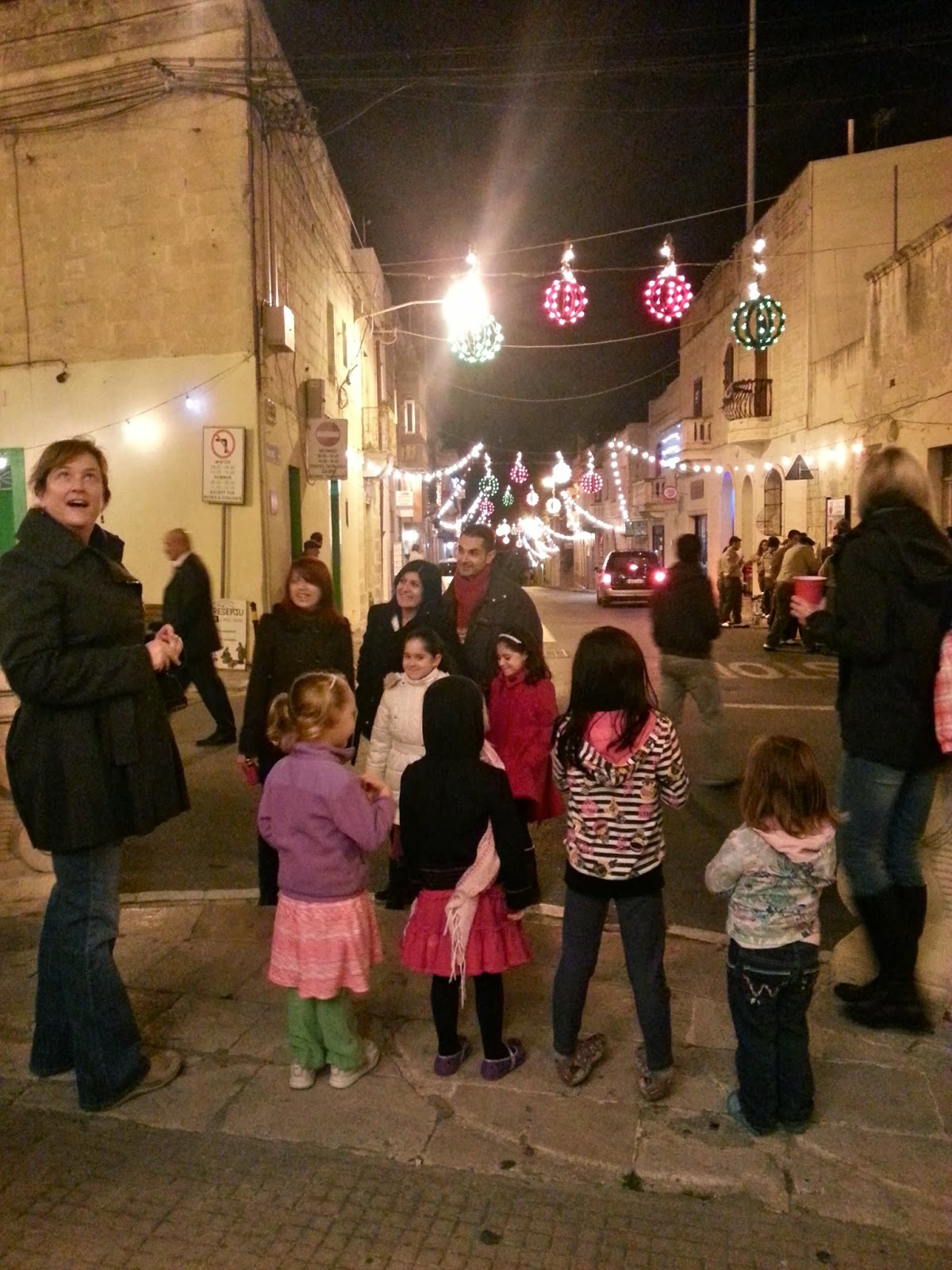 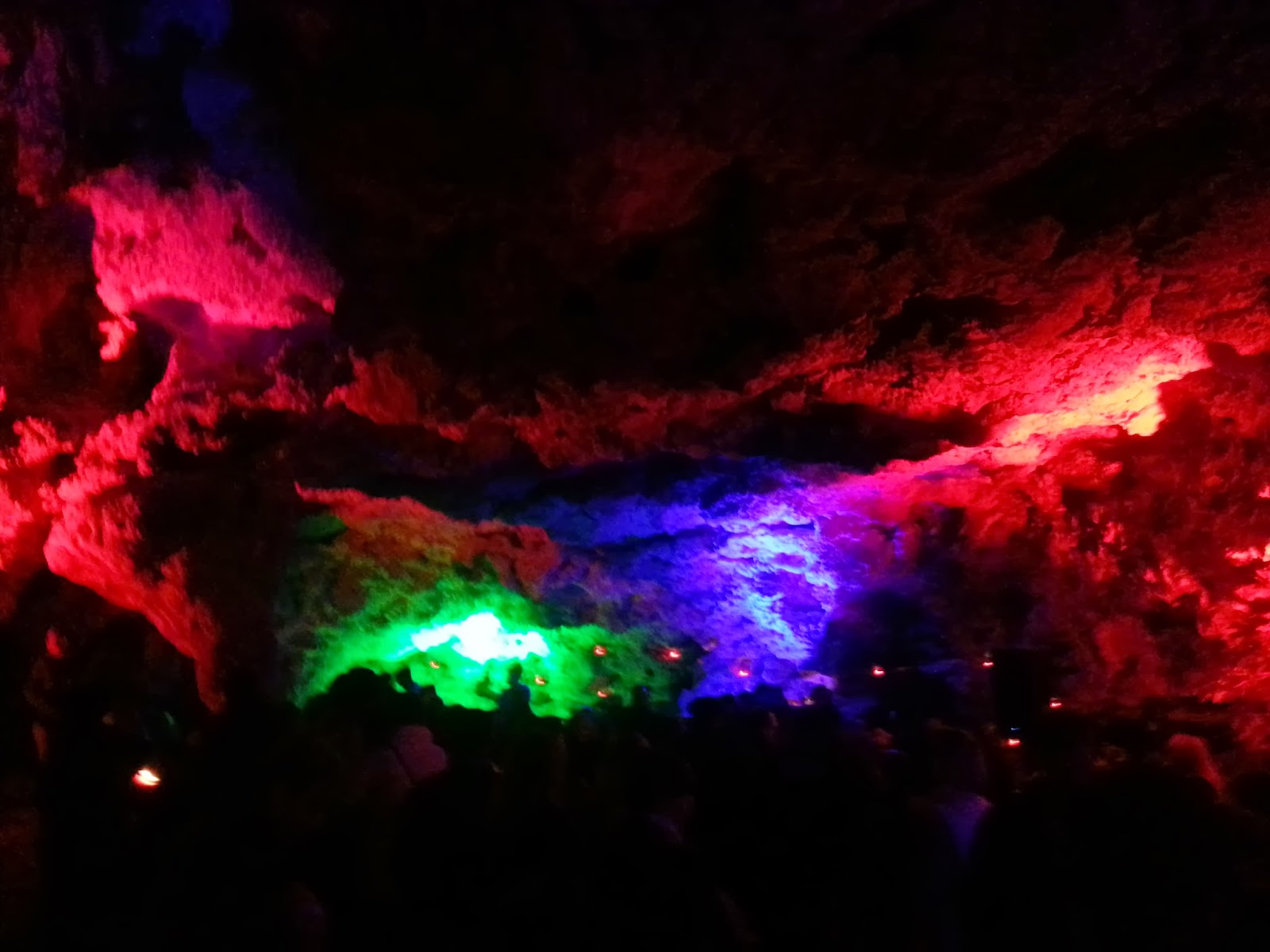 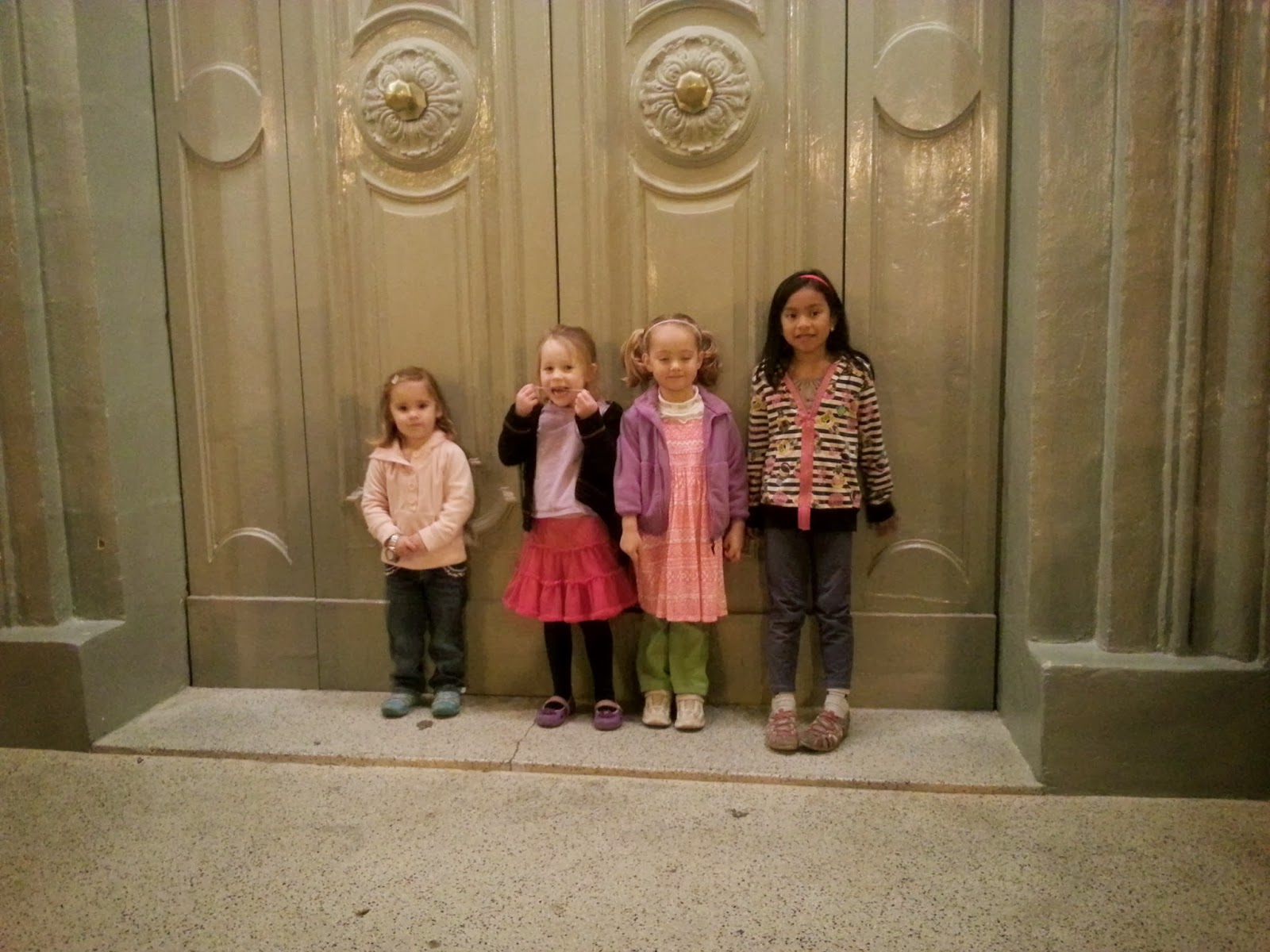 The cave was lighted for the event with speakers and singing (though the blaring Christian rock rushed us off a bit). The sky was clear enough to see the lights on Sicily to the northeast. Chris chatted with little old Maltese men who were beyond thrilled that "the Americans have come" to the event. Apparently, everyone in town knows who we are, and we get to be part of the local gossip for a while. 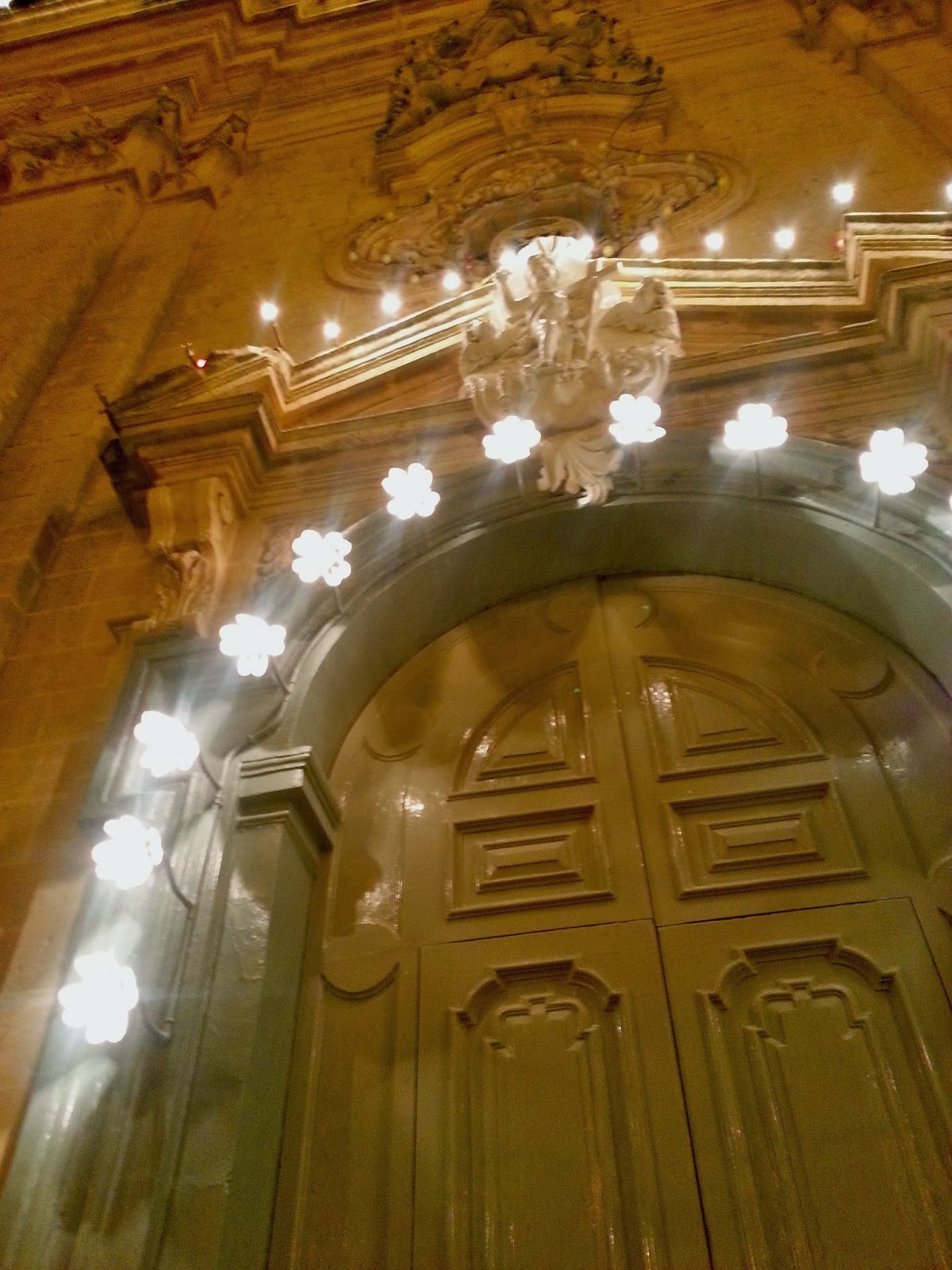 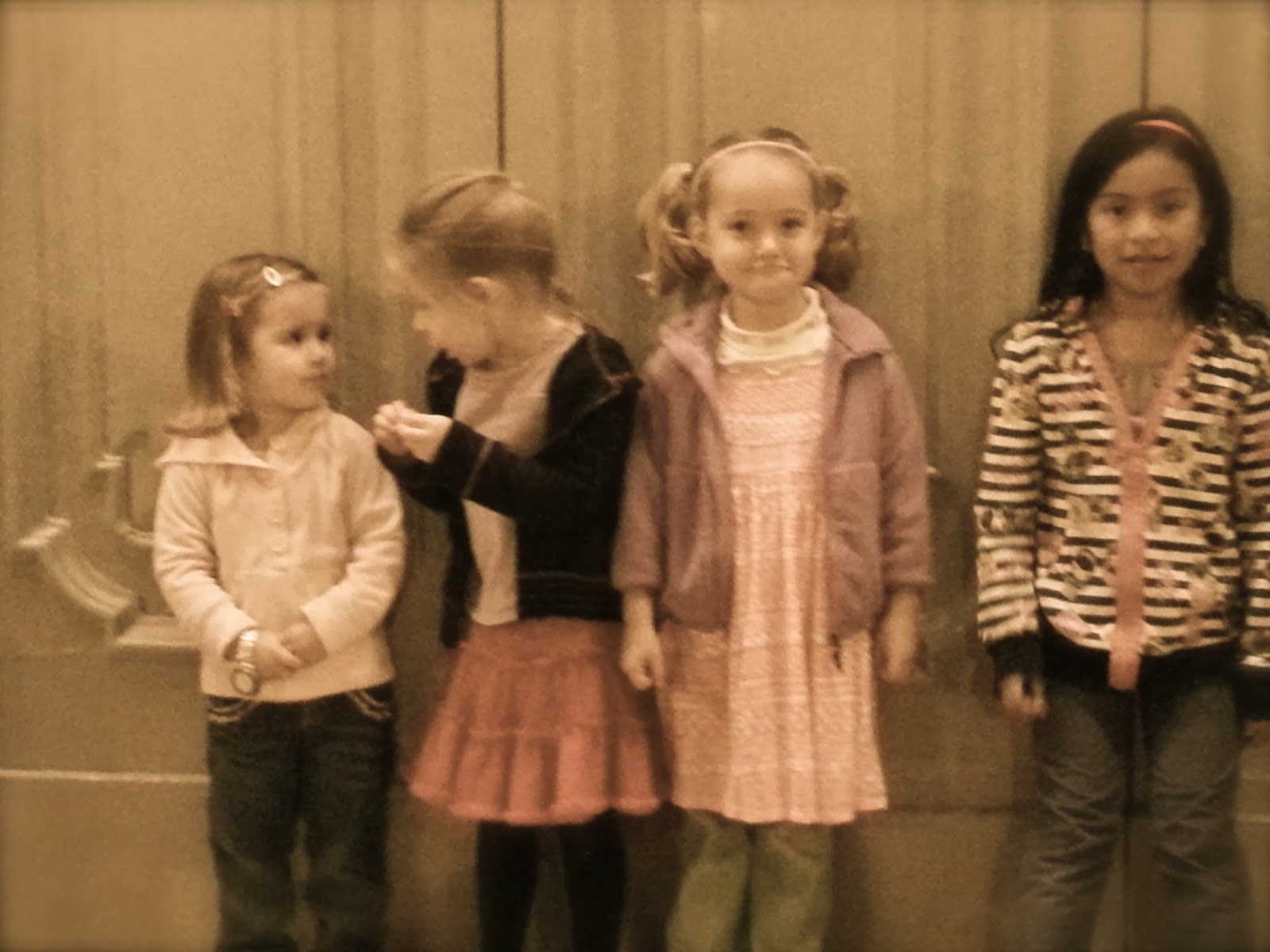 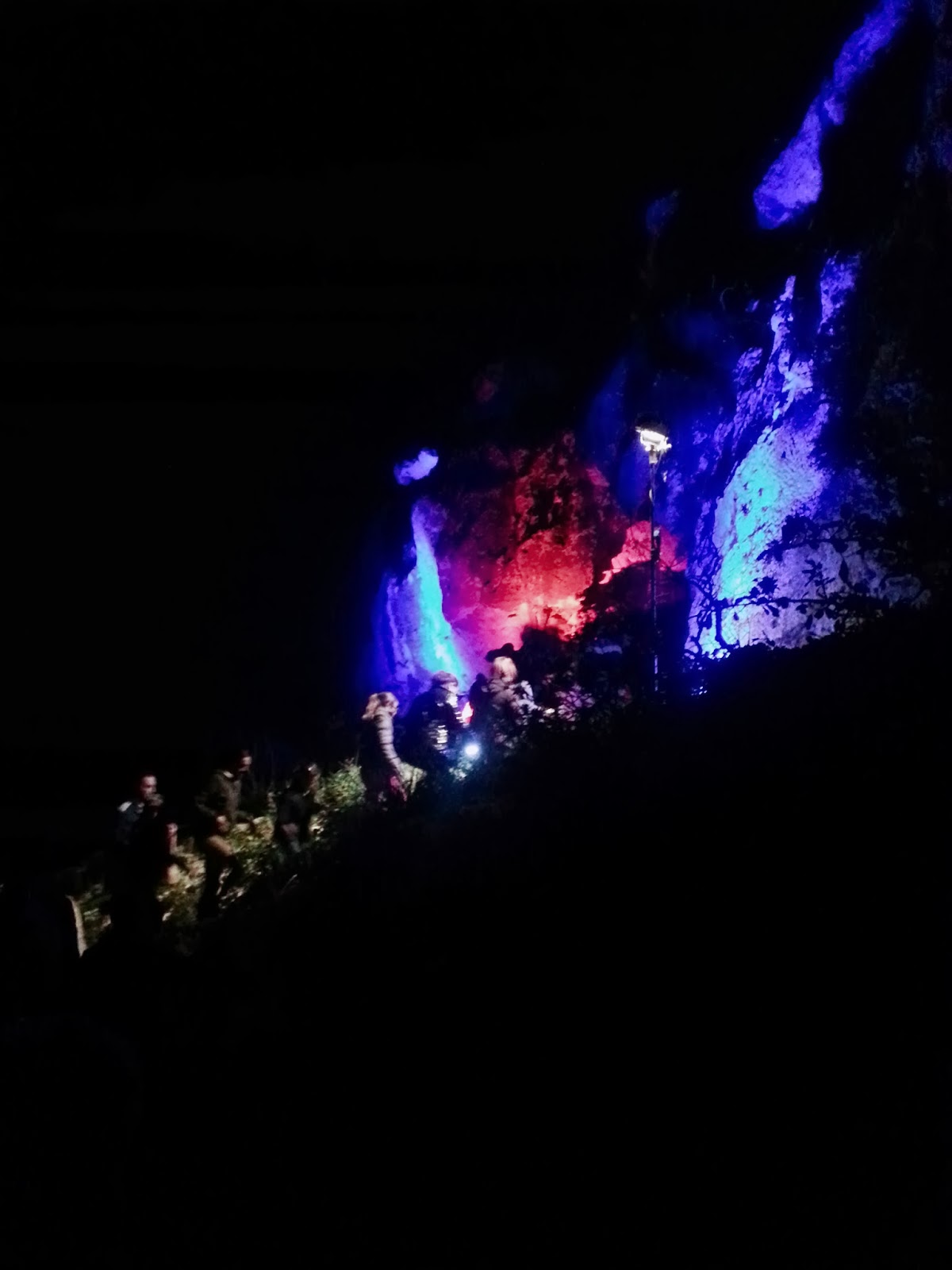 Unfortunately, many folks were traveling for the holidays, but we were happy to have a few join us for a pretty and unique night.
Posted by Denise at 10:07 AM No comments: