In January, Chris went to Khulna, Bangladesh to coordinate security with local and district police for America Week, the US Embassy's flagship outreach program that showcases the contributions that the US has introduced to rural Bangladesh.
He ran from 0500 every morning until generally well into the night each evening. Their busiest times were holding back thousands of moms who brought their children to watch a showing of a Bangla version of Sesame Street. He said they were crazy!
Another night, the Embassy hosted a live music concert. They had passed out about 1500 tickets, but received a crowd of almost 6000. He had to think fast and set up bamboo cattle gate type temporary security screening stations.
Below are some pics... wish I could say I took them, but the credit goes to him (but I did edit them): 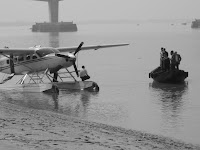 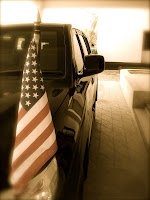 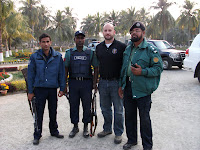 (above- Ambassador getting on float plane, motorcade, Chris with new police friends)
(below- Chris on the river, funnel cake (kind of) man, Rahman snacking) 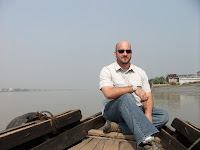 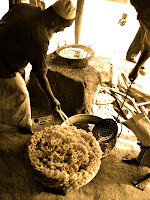 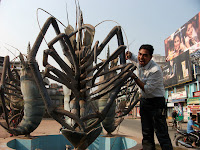 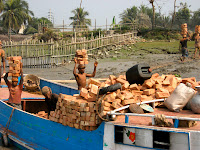 (above- carrying bricks, Chris on the river ferry, low tide)
(below- cast net fishing, snack time at the fair, Chris with school children) 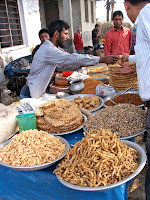 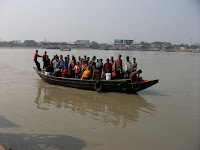 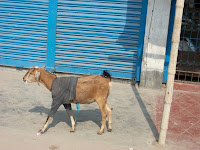 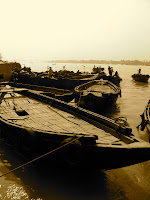 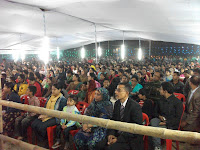 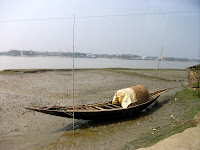 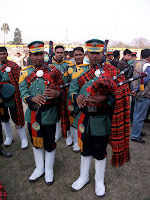 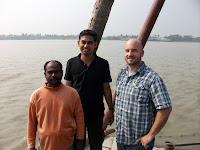 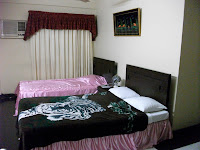 The week went incredibly smooth, and he received many "ata boy!'s from the embassy staff the following week back in the office. He thoroughly enjoyed the independence to run the week with his own supervision, work closely with the Bangla officers and gain the respect of his peers.
Posted by Denise at 10:00 PM